While studying Stocks, Investing and their History, I came to read the stories about the Great Depression in the 1930’s. Most Economic recessions are preceded by seasons of progress and development. But after the stock market crash in 1928, 6,000 banks went out of business, $9,000,000 of savings accounts vanished, 85,000 businesses went bankrupt, 13 million people were unemployed, with over 2 Million men becoming homeless and wandering around the country. This was the worst time to live. Yet it was in these times where heroes stood up and where the values of integrity and character shaped that generation of Americans that  soon became the bedrock of US Economic Power. 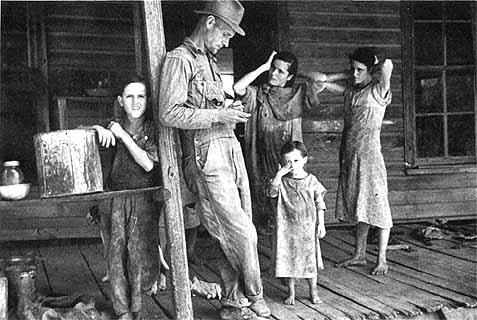 Family of the Great Depression in 1930

It was the ordinary working man of the 1930 who were affected. At the forefronts of these trying times were the fathers who led their families during these difficult period. They stood to fight for their children. The Mothers budgeted the food and rations to make the small and limited provisions fit the needs of their hungry families. During its trying times, the Great Depression had distilled character out of the confusion. Out of desperation and urgency, the men had grown Leadership and Creativity to answer the challenges of Life.

The Men of the 1930s dig down, deep inside themselves and found the courage to stand in the lines. Some stared at the crowds and created totally new businesses. What was amazing was whole populations kept silent, pulled up their sleeves while working under pressure. Whatever the situation these guys faced they took courage and moved on.

Fast forward to the closing remarks leading to the 21st Century.

The big difference between the crisis in the beginning of the Century and the last crises of the last few years, is the general condition of the heads of families, the fathers. So much has happened, the Baby Boomers which fathered the new fatherless generation. The 60’s Sexual Revolution which mixed up the values of people. Then, when the values of Americans are confused, they get prejudiced and cut the very foundation that support them from the schools. The rest including increase of crime and lawlessness, the uncontrolled loss of values, the lethargy and pleasure addictions are just consequences of the previous events. We are seeing a whole generation raised in ease and luxury, complaining at the least discomfort to the government.

While the modern world economy may be more competitive, (people today have to work harder to earn the money value of the same commodities) we can see that people respond with a sense of urgency to crisis. Still, there is a big difference of responses of Americans in the 1930’s to Americans in 1990-2010.

I believe that the reason people have more appropriate responses during the 1930’s compared to the present is because they have complete healthy families. Just consider how fathers in the 1930’s responded to pressure, knowing that their dad is covering their backs. Life’s problems gets easier when you have people who believe in you.

As people and families become confused, broken and dysfunctional, (It goes in the mentioned order) there is essentially a change in their ability to respond to crisis. Now imagine how a fatherless generation’s bitterness and unforgiveness create diseases and stronger hatred and anger on the next. It is a generation of broken people pulling down their offices and communities along with them. Have a percentage of the population like this and you infect a whole nation.

We hear of incest-rapes, cruel murders, foreigners ruling over us. You can read about increasing illnesses, more psychological problems, bizarre crimes and defeat (including Basketball TEAM USA 😦 ) What I discovered is that most of these listed are in the roll for Curses of Disobedience. Find out which curses are working here. Deuteronomy 28-Curses for Disobedience.pdf

Take a short time to think for a moment.

Remember that godly parents will produce godly descendants. What an influence that can be. Imagine whole generations of successful lawyers, doctors, accountants, engineers, congressmen, senators, educators, and even presidents. It could start from your influence.

Imagine what your sons and daughters families would look like if they saw your honesty, you integrity and character. I am not saying that you become perfect, but that you don’t become absent or passive as a father.

Because, all it takes to have a broken generation is a selfish absent or passive father. But that could end when you partner with other imperfect but growing people. What kind of communities would that make? How would that look like.

I would like to honor my Dad, Atty. Jerry Bantilan for being a great Dad and provider for me, for loving my mom, for staying faithful and becoming a powerful example of responsibility, integrity and character. God Bless you, Dad. I love you.

and to all Dads out there, Happy Father’s Day. 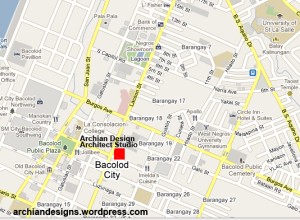